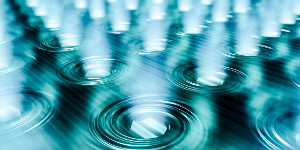 March 2016 – Scanning tunnelling spectroscopy on very homogeneous Y123 at 0.4K lift the veil on the vortex core spectroscopy. We find that the subgap features which have been challenging theoretical modelling for over twenty years do in fact not belong to vortices: they are observed everywhere along the surface with high spatial and energy reproducibility, even in the absence of magnetic field. Detailed analysis and modelling show that these states remain unpaired in the superconducting phase and belong to an incoherent channel, which contributes to the tunnelling signal in parallel with the superconducting density of states.